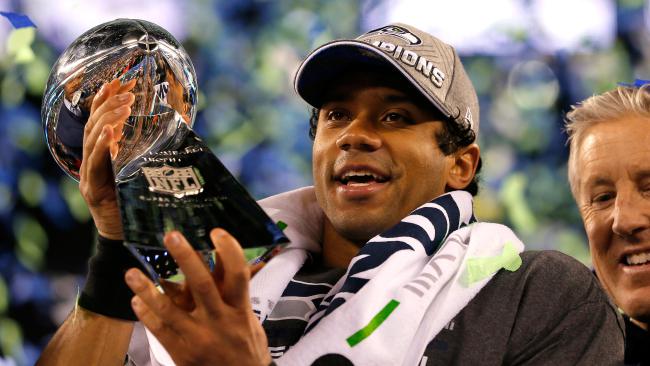 If I were a betting man, I’d guess that Mark Rodgers (Russell Wilson’s agent) is keenly aware of how vastly underpaid his client is heading into the final season of his rookie contract.

Perhaps, that is one of the many reasons why Rodgers recently sent a 16-page letter to the Seattle Seahawks . In fact, possibly the most interesting storyline of the preseason (non-Tom Brady division) deals with how the Seahawks plan to handle Wilson’s contract.

Seattle’s dilemma is an intriguing one. Teammates Richard Sherman, Kam Chancellor, Earl Thomas, Cliff Avril, Marshawn Lynch and Michael Bennett are among those locked up for the next few seasons. Meanwhile, the team is reportedly in negotiations with middle linebacker Bobby Wagner to cut a new deal.

Eventually, as Seattle opts to keep paying others, when Wilson’s time comes to eat at the dinner table, there will not be any food left.

Here is Seattle’s quandary. Unless Wilson is willing to take less money in an effort to keep the squad together, they have to back up a Brinks truck for him and pay up.

During Wilson’s three NFL seasons, he has three playoff appearances, two Super Bowl appearances and a Super Bowl ring. Of course, he is potentially a Malcolm Butler interception away from leading a back-to-back Super Bowl champion.

Despite the accomplishments, Wilson may start 2015 not just underpaid but WILDLY underpaid.

Entering the 2015 season, there are 40 QUARTERBACKS that will make more money than Wilson this year. While some of them are the usual suspects (i.e. Brees, The Mannings, Ben, Brady, Rodgers), backups and lightweight starters are in front Wilson as well.

According to Spotrac’s numbers, some of these names are egregious:

I get that Seattle doesn’t want their team to travel the road of the some of their recent contemporaries by piling up money at the quarterback spot and not being able to do much else. That issue is plaguing the Saints (with Drew Brees).  After winning a Super Bowl, the Saints have been unable to build the roster necessary to reach the Super Bowl.

Alas, we’re nearing decision time in Seattle. There is no reason for Wilson to be making peanuts while some of his lesser talented (and overpaid) contemporaries fail to perform up to expectations.

As Seattle appears to place a premium on defense (and rightfully so) and their bruising running game (at least until Lynch splits town), also finding cash for their quarterback may not be fiscally possible.

Someone is going to pay Wilson a boatload of money in the next 12 months…it just may not be the Seahawks.