After San Diego broke a 17-17 tie to grab a three-point lead, the Chargers kicked off for a touchback with 2:56 left to go. Then, a bizarre thing happened. The Steelers took their initial snap on the game-winning drive with 2:38 left.

Watching the TV coverage shows Michael Vick on the field and the clock is still ticking.

Let’s review, shall we?

Here is the written play-by-play description of what happened: 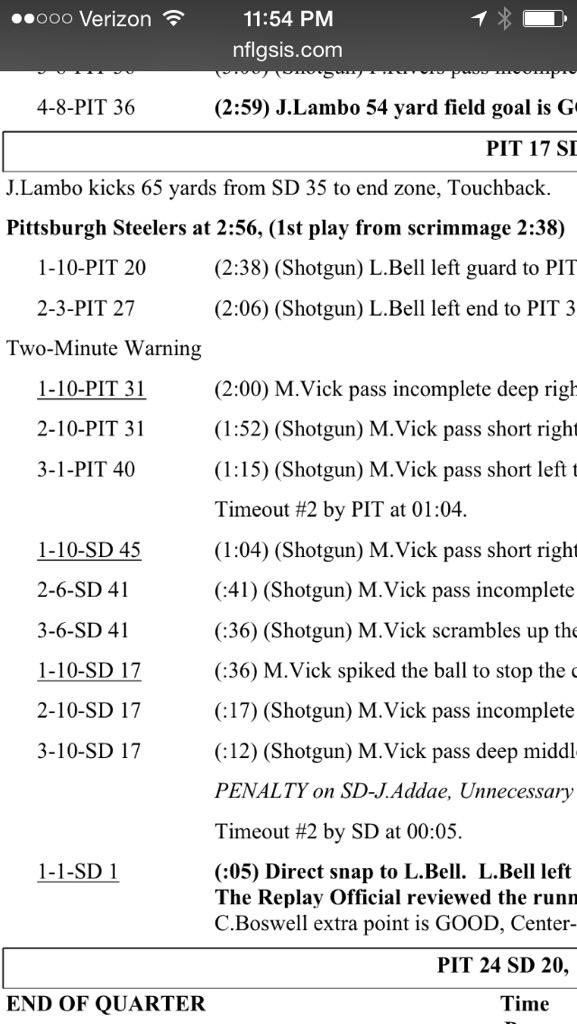 Now, let’s take a look at some photos for confirmation…

Photo #2 – Michael Vick Runs Onto Field (And The Clock Is Still Running):

Photo #3 – Michael Vick Is Still Running (And The Clock Is Still Ticking): Photo #4 – Michael Vick Is Finally In The Huddle (And The Clock Is Still Ticking): 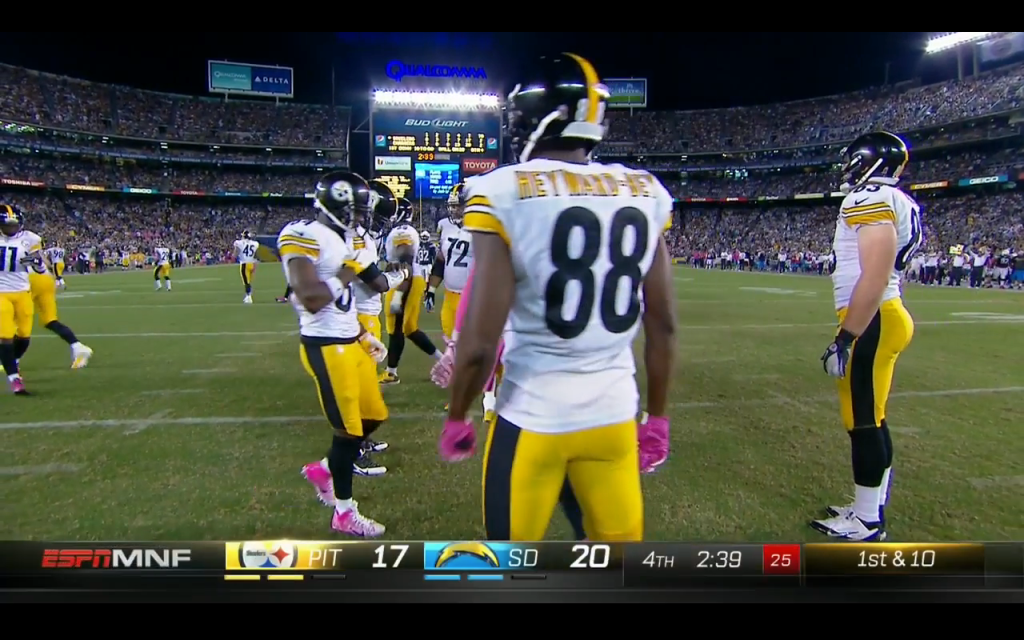 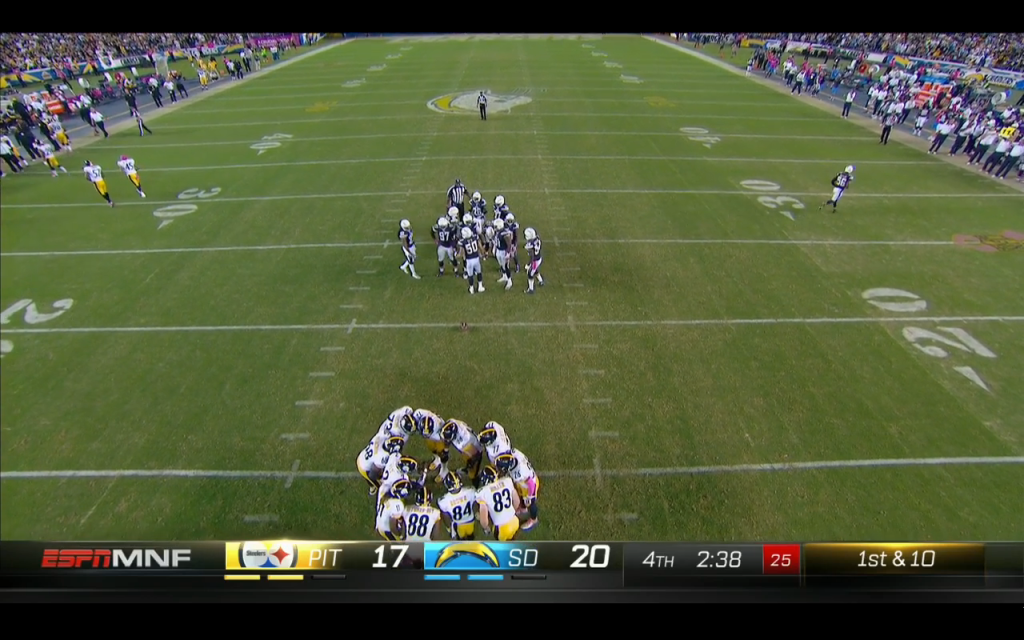 Here is one more look but this time, with video:

If Pittsburgh lost the game, it would have been the second straight Monday night game with a major officiating gaffe that potentially altered a game. Yet, Bell touchdown aside, it’s still a big problem.

These are the type of mistakes that are made during a preseason game…or (gasp) by replacement officials.

The clock operator and/or the officials definitely missed the boat.