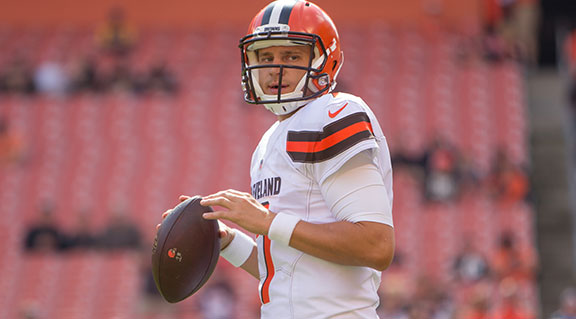 The story of Cleveland’s loss will squarely fall on the blocked field goal return for six by Baltimore Ravens defensive back Will Hill.

However, the true culprit is Browns quarterback Austin Davis, who wildly mismanaged the end of the game.

Following a Matt Schaub interception, the Browns took over with 50 seconds left and a timeout from the Baltimore 46.

Then, this happened on the next play:

Since Captain Slide slid and didn’t go out of bounds, the Browns had to use their last time out. Then, a run for no gain set the stage for Hill’s return.

Davis could have run out of bounds and run possibly two more plays with a timeout in their back pocket.

Of course, Davis’ poor judgment could have been avoided altogether if Johnny Manziel acted like a responsible adult.