Dear America: Peyton Manning May Not Be A Cool Dude 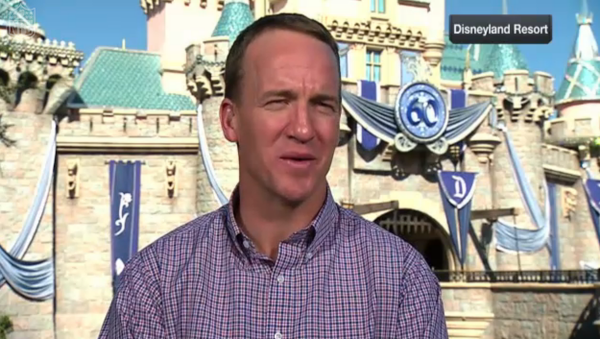 We all make mistakes in life.

Nearly everyday, we make decisions that are inherently incorrect. Whether it be deciding to drink an expired beer or putting on socks with holes in them, we are faced with daily decisions that we simply get wrong.

The case of Peyton Williams Manning is another one that falls along those lines.

Peyton Manning is a lot things. A five-time NFL MVP…a Super Bowl MVP…an All-Pro…and one of the greatest quarterbacks to ever play the game.

Also, he might be one of the great con men in the history of American sports.

New York Daily News writer Shaun King released a scathing article on Manning that covered the 1996 incident involving the two-time Super Bowl champion and Dr. Jamie Naughright while the pair crossed at the University of Tennessee.

The most-damning part of the article comes from the defamation suit filed by Naughright that provides pretty strong content against Manning’s pristine image.

For example, here is one of the head-spinning excerpts from King’s article:

To his father, he concocted far worse lies that were torn apart, one by one, when he and others were forced to testify under oath. He told his father, Archie, “she’s kind of trashy,” and “had the most vulgar mouth of any girl he’d ever seen” and “was unattractive but had big breasts” and had “been out with a bunch of black guys” and “had a toilet mouth.”

The long and winding road of the 74-page document paints an embarrassing picture of one of the country’s most beloved sporting heroes.

The fact that he likely will disappoint some people with the details of this case isn’t entirely his fault. The American public is in part to blame for the lofty pedestal that Manning sits atop.

A country that thrives on the borderline insane ethos of “supporting the underdog”, continuously throws its support behind one of the greatest frontrunners and cultivated images of all-time.

At no point in his life has Peyton Manning been an underdog other than under the accordance of Vegas oddsmakers.

He is the establishment. He comes from a well-known football family. He is Apple, Coca-Cola, McDonald’s, and Nike all rolled into one. Manning needs to be in the right place at the right time, all the time.

His awe-shucks approach, SNL appearances, commercials and seemingly humble approach made fans like him.

In the recent Brady vs. Manning book, author Gary Myers explained how a part of Manning’s charm with the media and public has been an engaging nature that rises to the surface when discussing all matters football.

How many players do you think could get away with describing a teammate as “our idiot kicker, who got liquored up and ran his mouth”? Only Manning, who came out of the situation relatively clean rather than handling matters in house.

Alas, “The Sheriff” is no dummy. He seems to have a reasonable idea on how to portray himself in a favorable manner that allows his brand to be viewed in a positive light at all times.

However, America didn’t see through his facade of entitlement and arrogance that carried Manning into the NFL from Tennessee. The old “banana in the tailpipe” trick felled the public.

Two things definitely helped keep the public off his trail. First, when entering the 1998 NFL Draft, he was constantly compared to another quarterback under consideration to be the top pick, Ryan Leaf.

The latter’s rapid fall from grace was furthered amplified by a locker room incident with a media member and Manning’s early success with the Colts.

Oh, and then there’s those other guys.

Manning’s popularity was further aided by being juxtaposed with two of the most polarizing figures in recent NFL history – Tom Brady and Bill Belichick. The former became his chief arch-rival and the latter one of his chief on-field tormentors.

Brady and Belichick and New England’s success since 2000 mixed with Spygate, Deflategate and America’s inane obsession with hating them has allowed Manning to sit in the background while cashing endorsement checks and piling up historic statistics.

Whenever the “Cheatriots” (as they are known in some Internet circles) were caught in America’s crosshairs, once again there was Manning to coddle America while singing about chicken parm during insurance commercials.

When Deflategate happened, Manning became a figure of interest. Along with Brady, Manning pushed for quarterbacks to be able provide their own game balls back in 2006.

Of course, when questioned about Brady’s predicament last spring, Manning didn’t want to talk about it (and his methods of handling balls) and just reiterated that the Patriots quarterback was his friend. Again, his pristine emerges intact.

Other than Taylor Swift, I can’t think of another current, active public figure whose image is more carefully crafted and protected than his. He wants to protect his persona at all costs.

This new info is somewhat in line with him allegedly sending investigators to see Charles Sly’s parents over the HGH allegations, which makes him look even worse.

He’s trying to cover himself. I just hope people pay attention to this stuff more than the air levels in footballs and dabbing and stop going on TV and almost crying over it.

Almost every great quarterback since Joe Montana has been taken to the woodshed over something. Montana and Marino were linked to cocaine use; John Elway famously feuded with Dan Reeves; Brett Favre wouldn’t retire and had a sexting debacle; and of course Brady had Deflategate.

Retirement or no retirement, it’s Manning’s turn to take some serious lashes.

It’s time for us as a country to tackle the serious issues and stop blaming the Patriots for everything that goes wrong in the NFL. It’s time for “The Sheriff” to take his medicine or at the very least, answer some very pointed questions.

Then, I will relax.

No kissing Papa John, talking about Budweiser, and drinking Gatorade during the pregame Super Bowl MVP ceremony. I want the real Peyton. Not some doctored up version for sponsors.

If Tom Brady needs to stand up at a press conference that was covered by CNN to answer questions about deflating footballs after rolling the Colts by 38 in a playoff game, “The Sheriff” should be held to a similar standard over far more serious incidents.

One hour with Charlie Rose on national TV, unscripted.

America, we can do a lot better with athlete worship than idolizing someone who reportedly has misogynistic and other troubling views on how to deal with people.

In fact, I know a guy out in the Bay Area who is far more deserving of America’s attention than Mr. Manning.