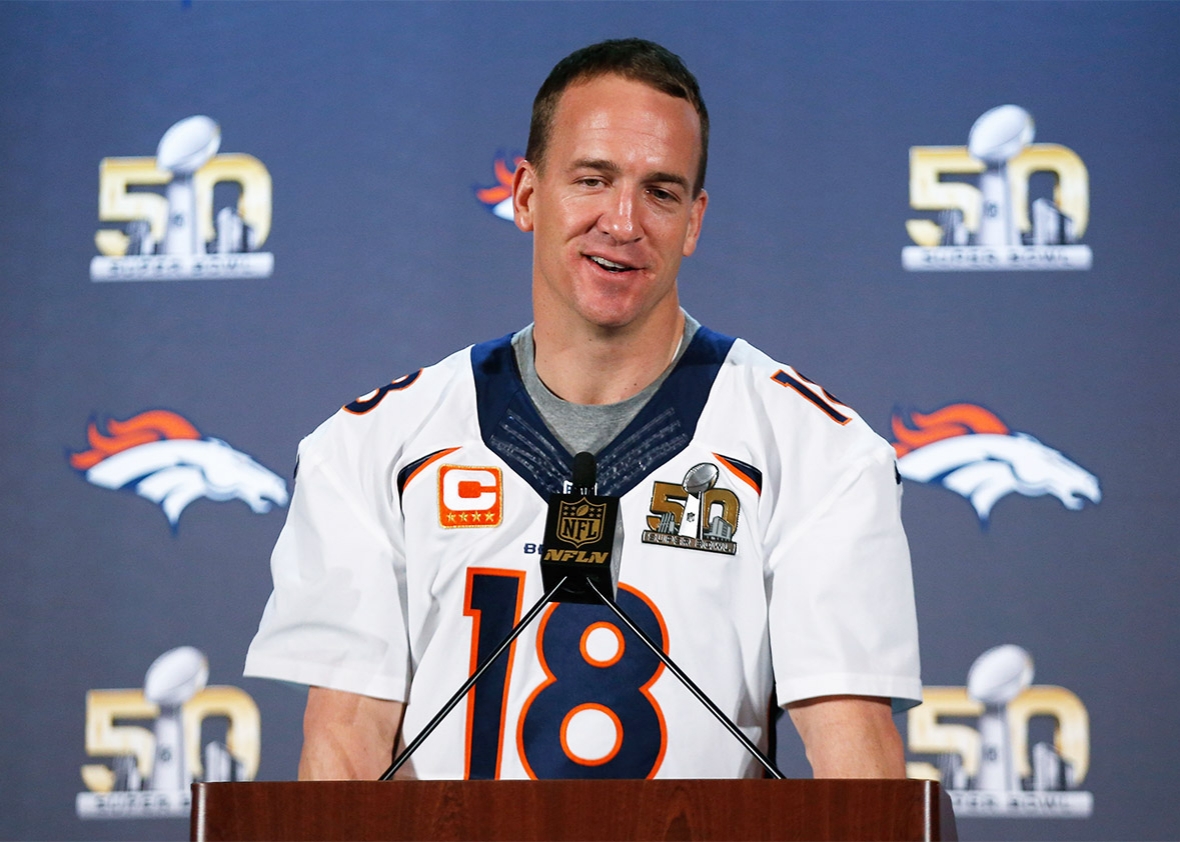 ESPN’s Chris Mortensen reports that Peyton Manning will announce his retirement on Monday.

Since people can’t dared to be bothered about the HGH allegations and sexual assault incident at Tennessee and keep insisting he is “a great person” this morning, let’s cut to the chase.

Is Peyton Manning the greatest quarterback of all-time?

Of course not, don’t be silly.

That discussion is between Tom Brady, Joe Montana, and Johnny Unitas.

Manning did not play well in four Super Bowl appearances and authored a pair of ugly Super Bowl runs en route to his two wins.

All those regular season Star Wars numbers are only amplified if you can bring that kind of heat to the postseason and he rarely did.

Again, from the department of things people want to conveniently forget about, it was Manning’s former boss Bill Polian who put a full-court press on the rules committee to have the illegal contact rules reinforced after the 2003 AFC title game.

In that game, Bill Belichick’s defense embarrassed Manning in a 24-14 New England win that featured four interceptions from the future Hall of Fame quarterback.

That looks kind of weird to me.

So, in other words, his boss complained because defenders were too rough on his receivers.

That’s not the greatest quarterback ever. That’s a culture of entitlement and complaining.

Manning and the Colts got their way and eventually won a Super Bowl and overcame an 18-point deficit against the Patriots in 2006 AFC title game.

While I thought he should have returned for a few reasons, it just wasn’t possible. The Broncos would have cut him and I don’t think the great John Elway wanted to do that.

Instead, they are letting Manning leave with some dignity.

Overall, it’s a great day for the league because now we can get down to the business of finding a new face for the league rather than romancing a guy who may or may not be a jerk.

For you Manning apologists out there, just accept that he is one of the greatest ever.

Nothing less, nothing more.