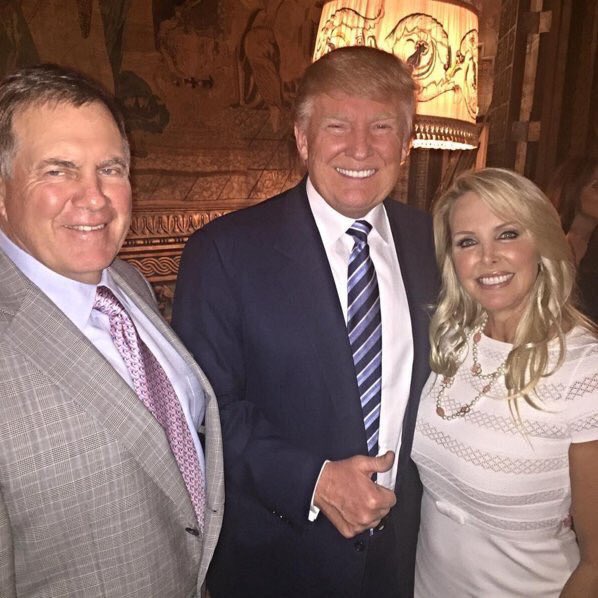 America’s non-stop march towards the 2016 Presidential election made a stop in Florida as Republican hopeful Donald Trump did some campaigning.

The two met at the Mar-a-Lago Club in Palm Beach, Florida. The establishment is owned by one Donald J. Trump.

It’s an interesting dynamic between Trump and the Patriots. Belichick, team owner Robert Kraft and Tom Brady have expressed support of Trump in plenty of different ways leading up to the election.

Backing the caustic and controversial Trump will do very little to change New England’s nationwide reputation as the most hated team in the NFL.