Aaron Rodgers Claims He Saw A UFO; Might Be A Crazy Person 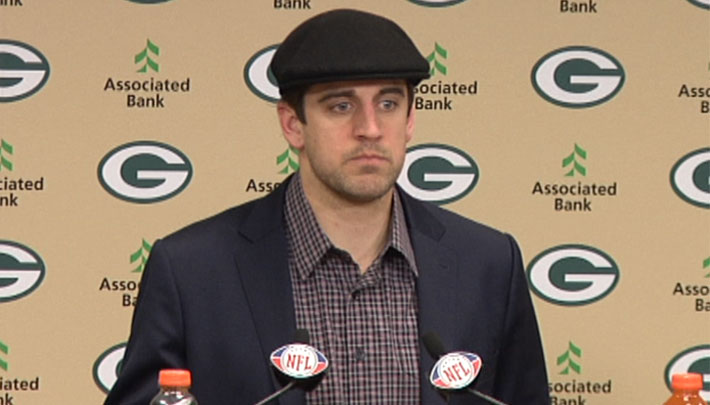 Pete Holmes, host of the You Made It Weird podcast, was joined on his show by Green Bay Packers quarterback Aaron Rodgers on Wednesday.

The 2014 NFL MVP opened up to Holmes during the two-hour interview…maybe a bit too much.

Rodgers told Holmes that he saw a UFO in New Jersey in 2005. That’s right, a UFO:

“It was a large orange, left-to-right-moving object,” Rodgers said. “Because of the overcast nature of the night and the snow, you couldn’t make out—it was kind of behind the clouds we were seeing, but it was definitively large, moving from left to right. It was me, Steve, and his brother that saw it. And it goes out of sight and we look at each other and go ‘What in the f— was that?’”

As a New Jersey resident, I can truthfully say that if there was one state most likely to have a UFO hover over it, “Dirty Jerz” would be right near the top of the list.

After all, look who we have as a governor:

“I want to be calm out there, so I’m never opposed to it,” he said. “You got to be nice and relaxed out there, so whatever is gonna put me in that state, man.”

Well, if that’s how Rodgers gets down, what was the deal prior to this game?

Did he do the deed before this one or nah?

If this came from anyone other than Tom Brady or Aaron Rodgers, keep your smut talk away from football.

However, he is dating Olivia Munn, has won a Super Bowl, basically admitted to over-inflating footballs, and has two NFL MVPs to his credit.

So, he can basically do what he wants.

You can listen to the entire interview here.