The NFL Will Announce The 2016 Schedule On Thursday 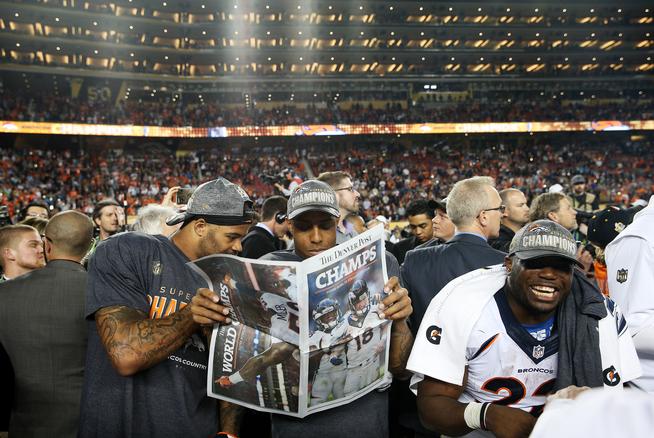 You’ve got to love the NFL (most of the time).

Today, when the sports world is flush with talk of Kobe Bryant’s final game and the Golden State Warriors trying to win the most games ever during a regular season in NBA history on the same night, the NFL attempted to throw one major wet blanket on it.

Brian McCarthy of the NFL announced earlier today that the NFL had completed its 2016 schedule and would be announcing soon when they would announce the schedule.

'16 #NFL regular season sked is done. stay tuned for announcement on when it'll be announced pic.twitter.com/46jpmEwuJc

Of course, we wouldn’t have to wait long. The NFL will announce its entire 2016 NFL schedule on Thursday night at 8 p.m.

The Super Bowl champion Denver Broncos will open up matters up on the first Thursday night of the NFL campaign against perhaps Kansas City, Oakland, Houston…or Carolina, the team that they defeated in Super Bowl 50.