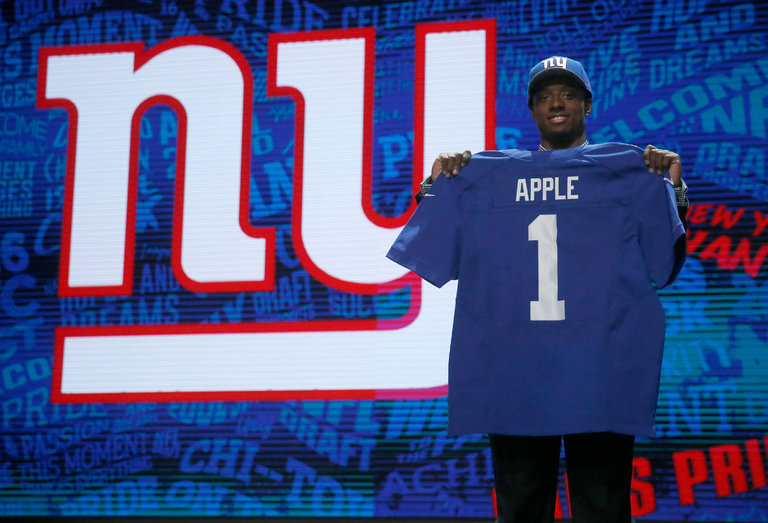 Annie Apple, the mother of New York Giants rookie defensive back Eli Apple, left an impact on this past weekend’s NFL Draft proceedings.

Simply put, she is fully aware of the onslaught of random women that are about to besiege hundreds of NFL rookies in the upcoming weeks. Apple expressed her views about the topic on Twitter:

Praying for all the thirsty girls sliding in new NFL rookies DMs with heavy booty & cleavage action pics. Only Jesus can quench your thirst

This is a good call by her. There are certain blogs promoting women that literally will have conversations with folks through social media while directly shooting the camera at their cleavage. These women need help.

By the way, for the uninitiated, the term “thirsty” in this situation refers to a woman who desires the attention and touch of a man. After the first time of viewing the social media version of this act, it gets somewhat tiring.

As Dallas Cowboys running back Ezekiel Elliot found out over the weekend, it’s a jungle out there when it comes to thirsty chicks and social media.

A snapchat from a thirsty young lady caught the Cowboys rookie runner in bed sleeping after presumably having relations with the aforementioned snapchatter.

It’s hard out there folks. Be careful.