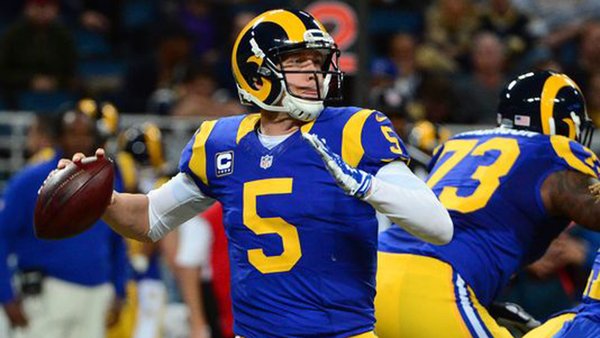 From the department of NFL entitlement comes a slightly strange story from Los Angeles.

Rams quarterback Nick Foles opted to skip the beginning of team OTAs on Wednesday. It is believed Foles’ absence is related to his disappointment over the Rams selecting Jared Goff with the first pick in April’s NFL Draft.

At the moment, he is the third-string quarterback. He was benched late last season in favor of Case Keenum, who is back again with the Rams. Of course, with Goff in the mix both Foles and Keenum’s days as a starter with the Rams are numbered.

Foles seems to be a graduate of The Sam Bradford School of Entitlement. If you lost your job to Keenum, you really think you’re going to just slide back into a starting role?

When asked about Foles’ no-show, Rams head coach Jeff Fisher got to the point:

“I think Nick has the feeling that if things stay the same, he’s probably not going to be on the roster,” Fisher said. “Beyond that, it was more of a mutual thing.

Get things worked out? Assuming Foles means a trade or his outright release, he has some nerve. He threw just seven touchdown passes to 10 interceptions while compiling a 4-7 record as a starter in 2015.

A guy who got benched – albeit heading into his sixth season in the league – doesn’t necessarily deserve to call the shots. Perhaps Foles never received the memo that he has a lot of work to do to become a solid, consistent NFL quarterback.

With a fresh crop of quarterbacks coming in annually, teams will not have a lengthy leash dealing with malcontent and under-performing quarterbacks.

Foles certainly is an example of that.