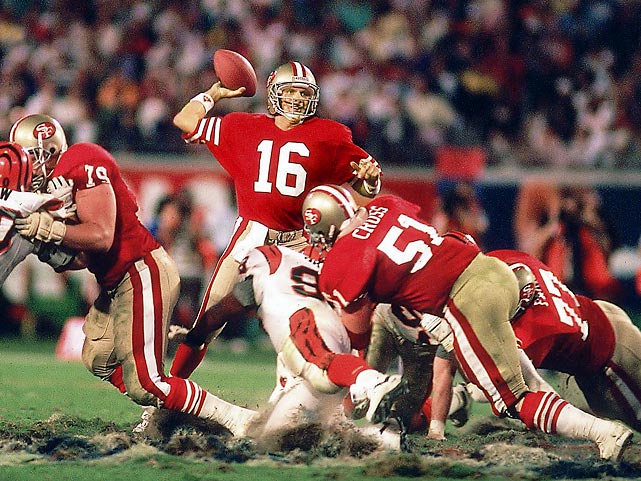 Legendary San Francisco 49ers quarterback Joe Montana turns 60 today. While current NBA players have the epic shadow of Michael Jordan hovering over their careers at all times, NFL quarterbacks are commonly measured against the great Montana.

Despite many of his postseason records being snapped up by a certain fellow from New England, Montana remains the standard bearer of excellence at the quarterback position.

A winner of four Super Bowl rings and three Super Bowl MVPs, Montana is near the top of food chain in any discussion about the greatest quarterback of all-time.

To celebrate him, here is a random 13-minute highlight reel of Joe Montana’s best plays set to NFL Films music, “This Is It” by Kenny Loggins, a lounge version “It’s So Hard To Say Goodbye”, and the theme from Rocky.

So basically, a hodgepodge of music. Trust me though, it’s worth it.

Montana never needed to dance or be the sharpest dresser in the bunch. He was just The Man, period.