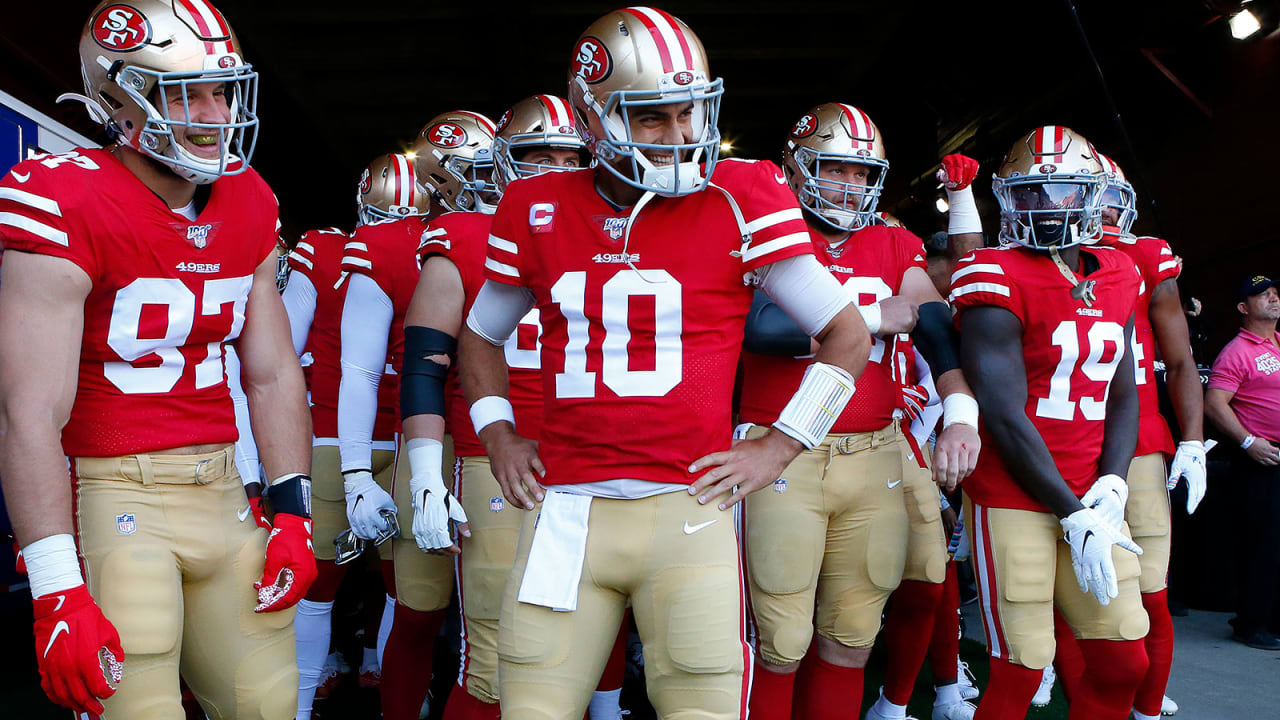 Prior to the start of the NFL Divisional round playoffs on Saturday, the Baltimore Ravens were installed as the favorites to win Super Bowl LIV. However, after getting bounced by the Tennessee Titans at home on Saturday night, oddsmakers have settled on a new favorite to win the Super Bowl.

Fresh off their 27-10 win over the Minnesota Vikings, the San Francisco 49ers have been installed as the favorites to win Super Bowl LIV.

According to FanDuel and the Action Network, the 49ers are now the favorites to win the franchise’s sixth Super Bowl.

Baltimore, who lost to the Tennessee Titans on Saturday night at home in shocking fashion, were previously favored to win Super Bowl LIV. However, after Derrick Henry rushed for nearly 200 yards in a Tennessee win, the odds have shifted in favor of the NFC’s top team.

Even though things could change again following Sunday’s playoff action involving the Texans/Chiefs and Seahawks/Packers game, I wouldn’t expect a new favorite to emerge out of that four team cluster.