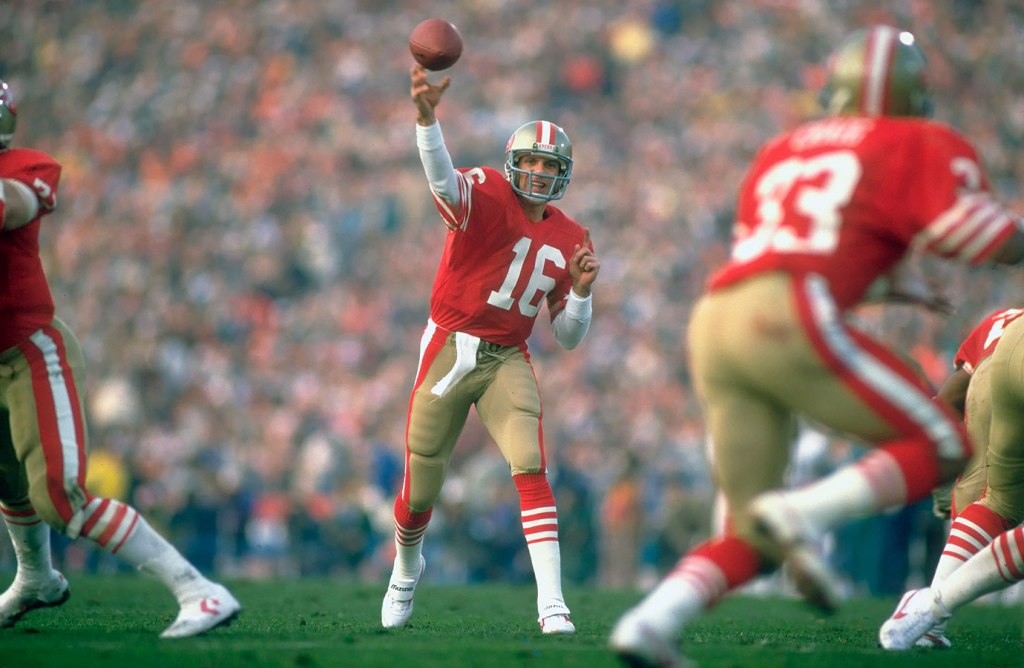 Joe Montana will be heading to Miami next week for Super Bowl LIV, which will feature the two teams that he played for during his illustrious NFL career.

Montana took to Twitter on Monday to let people know who he’d be rooting for in what might as well be renamed the Joe Montana Bowl.

You heard from me first. I GUARANTEE my team will win the SUPER BOWL!! pic.twitter.com/WAndTV2hBN

The three-time Super Bowl MVP said he can “guarantee my team will win the Super Bowl.” Of course, Montana spent 1979-1992 with the 49ers while playing the final two seasons of his career in 1993 and 1994 with the Chiefs.

He further explained matters on Monday in a phone interview with the Los Angeles Times:

“Here’s how it goes,” Montana said by phone Monday. “I played in San Francisco, played in Kansas City, but I grew up in Pittsburgh when they were winning Super Bowls when I was a kid. So you can add the Steelers to that list of confusion. In fact, I actually tried to go to Pittsburgh before I got to Kansas City. Tried to just go home.”

I think the two best teams got in there,” he said. “San Francisco is pretty sound. They’re an old-school team that runs the ball. They’ve got a great defense. When you look at Kansas City, their defense has improved over the weeks, but their offense is crazy.

The interesting thing out this quote is he almost ended up in Pittsburgh, which would have been interesting considering the Steelers won the Super Bowl two years after Montana’s arrival in Kansas City.

Anyway, Joe Cool has plenty of love for both franchises. Last year, Montana appeared during pregame of the AFC Championship to rev up the Arrowhead Stadium before the Chiefs dropped the AFC title to the New England Patriots in overtime.

Two weeks ago, the Pennsylvania-born signal caller appeared at midfield for the coin toss for the Vikings/49ers divisional playoff game.

Despite his time in San Francisco, Montana takes his two seasons in Kansas City very seriously. He will be in attendance to watch game rooting for both teams.

Although, technically, he only congratulated the 49ers publicly on Twitter and not the Chiefs. So if you’re looking for a tiebreaker, there it is.