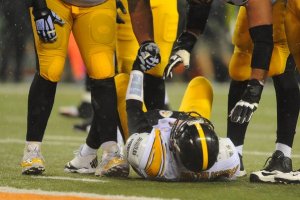 Remember the hit on Saturday night that caused Ben Roethlisberger to leave the game? During the second half of last night’s Steelers/Bengals blood war, Bengals linebacker Vontaze Burfict knocked Roethlisberger out the game for a spell with a legal hit after landing on the quarterback’s shoulder.

Following last night’s crazy AFC Wild Card game between Cincinnati and Pittsburgh, Adam “Pacman” Jones opted to use social media to vent his frustrations rather than communicating with humans (aka the media).

Vontaze Burfict will now be the new face for undisciplined football in the NFL after one of the most patently absurd performances by a player in postseason history on Saturday night.

Vontaze Burfict is a complete clown. For some reason, he felt his own personal grudge was important than the Cincinnati Bengals winning a playoff game.

Ladies and gentlemen, we have our first tie of the 2014 NFL season thanks to CincinnatiBengals kicker Mike Nugent missing a game-winning field goal in the final seconds of overtime against the Carolina Panthers on Sunday. Nugent missed wide-right on a 36-yard field goal attempt that would have […] 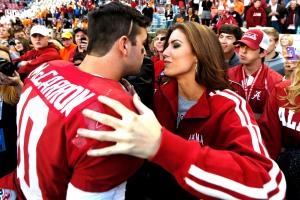 Remember that humble quarterback who played for Alabama and led the Crimson Tide to back to back BCS titles and wooed the nation with girlfriend Katherine Webb? Yeah, he’s gone and probably not coming back for awhile.

The Carson Palmer Trade: A 42% Winning Bet For Oakland

Earlier today, the Raiders made perhaps a grave error in judgment by packaging a 2012 first round pick and a conditional 2013 second round pick for forgotten Cincinnati Bengals quarterback Carson Palmer. Wow.

The New England Patriots concluded a busy day of activity by reportedly landing former Cincinnati Bengal and diva receiver supreme Chad Ochocinco through a trade on Thursday for two draft picks in 2012 and 2013. He arrives to New England after a tough pair of seasons to close […]