Johnny Manziel made news during an otherwise dreadful evening for Cleveland quarterbacks against the Washington Redskins on Monday night.  After firing an incomplete pass in the second half, Manziel caught some flak from the Washington bench and returned fire with a middle finger back to the bench.

The Cleveland Browns got little accomplished on Monday night against Washington in their search for a quarterback. Both Brian Hoyer and Johnny Manziel struggled mightily to successfully lead Cleveland’s offense. 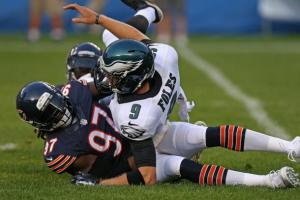 Week 1 of the 2014 preseason is in the books and alas, The Shield™ will be with us until next February. Here are a few random musings from the initial week of action: 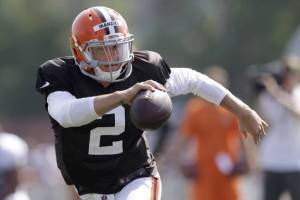 Johnny Manziel Runs In Circles In His NFL Debut

The Johnny Manziel era started for the Cleveland Browns on Saturday night in Detroit during a 13-12 loss to the Lions. Manziel followed starter Brian Hoyer but did not generate significant offense against Detroit’s defensive reserves. 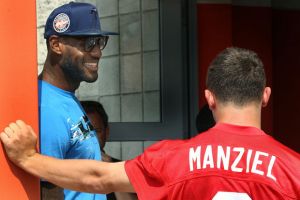 LeBron James took time out of his ridiculously busy schedule to stop by Cleveland Browns training camp on Thursday to visit some of his favorite players. James, who is quite chummy with Browns quarterback Johnny Manziel, also showed some love to Joe Haden and starting signal-caller Brian Hoyer […] 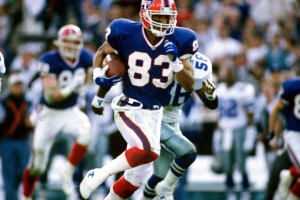 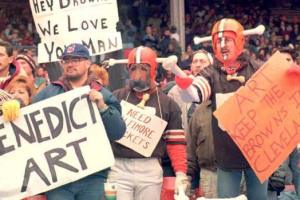 Days after Cleveland regained the services of LeBron James for the Cavaliers, a new problem arose. The Cleveland Browns will have a live dog as its mascot next season. The name of said mascot? 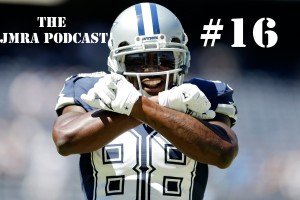 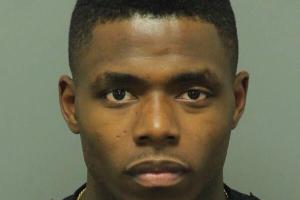 Things are about to get worse for Cleveland Browns wide receiver Josh Gordon. The troubled Browns receiver, who is already staring at a year-long suspension, was arrested Saturday morning on a DWI charge in Raleigh, North Carolina. 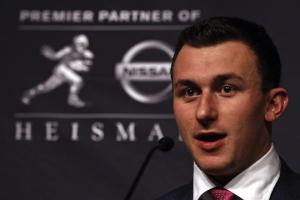 Johnny Manziel Is A Good Deal For Cleveland

The Dallas Cowboys made ​​the right decision to pick tackle Zack Martin in the first round, instead from quarterback Johnny Manziel, a decision that probably was not easy for owner Jerry Jones. After taking the quarterback of Texas A&M, the Cleveland Browns are listed with 50/1 Odds to win […]