Rob Gronkowski Has A Dance-Off Or Something With Shaq

New England Patriots tight end Rob Gronkowski took time off from his “I may or may not retire” campaign to spend with some time with celebrities in Miami. 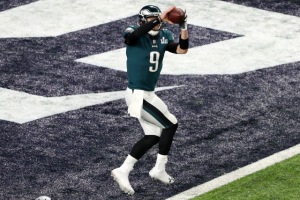 A Couple Gets Married And Recreates The Philly Special At Reception

The Philadelphia Eagles winning the Super Bowl is the gift that keeps on giving in the Delaware Valley area as fans continue to celebrate the franchise’s Super Bowl victory and first NFL title in 58 years. 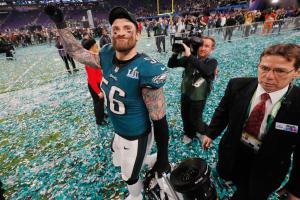 The living has been real easy for Philadelphia Eagles defensive end Chris Long over the past two years…until tonight.

Finally, A Picture Of The Tom Brady Hand Injury

Prior to the AFC Championship game against the Jacksonville Jaguars, Tom Brady suffered a mysterious right hand injury that called into question whether he would play. 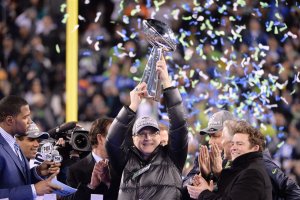 Here Lies The Remains Of The Seattle Seahawks

Football immortality for teams is a weird thing. It’s an elusive, mostly unattainable thing. You can get close. Real close. Points close. Yards close. One day you’re riding high in the middle of a run and it looks like you’re going to win multiple Super Bowls. Then, out […] 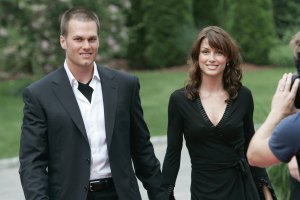 Everyone wants to be Nick Foles right now. Who can blame them? Foles and his Super Bowl MVP performance caught the attention of one person in particular. Bridget Moynahan, the ex-girlfriend and mother of one of Tom Brady’s three children, kept a keen eye on last night’s Super […] 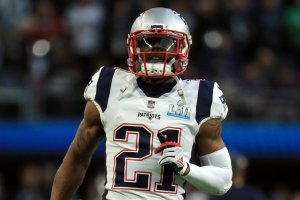 The New England Patriots will have a lot of questions to dodge related to the whereabouts of former Super Bowl hero Malcolm Butler after Sunday night’s shocking 41-33 defeat to the Philadelphia Eagles.

After a pretty pedestrian two weeks in between the conference championship games and Super Sunday, the day of days has finally arrived. EAGLES. PATRIOTS. The Eagles are trying to win their first NFL championship since 1960 and the franchise’s first Super Bowl. New England is aiming to […]

The NFL officially announced on Sunday night that Justin Timberlake will be the headliner for the Super Bowl LII Pepsi Halftime Show in Minnesota.