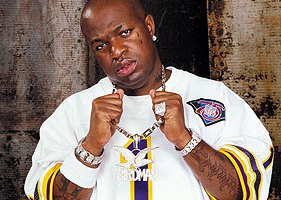 One man apparently not concerned about the nation’s economy is rapper supreme Birdman. Earlier this week, he tweeted his willingness to bet anyone $5 million that the New England Patriots will defeat the New York Giants on February 5 in Super Bowl XLVI.

Meet One Of The Biggest Losers Of Super Bowl XLVI

Super Bowl XLVI remains just under two weeks away but it is rather clear that one man will be a resounding loser in the court of public opinion in the days, weeks, and months to follow the festivities in Indianapolis. Once upon a time in a galaxy not […] 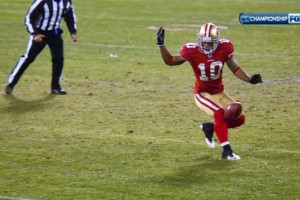 I was on another Twitter account moments ago and was nearly stoned by a Niner fan for even suggesting that someone/something else was responsible for San Francisco losing to the Giants on Sunday. Alas, it’s time to address the Kyle Williams situation or assorted NFC title game issues.

https://twitter.com/#!/brendon310/status/161454033251467264 Over 24 hours removed from losing the AFC Championship to New England on Sunday, Ravens linebacker Brendon Ayanbadejo is in no  mood to watch Super Bowl XLVI. He referred to the second Giants/Patriots meeting this season as the “UnSuper Bowl” on his Twitter page and maintained that […]

Yep, The Baltimore Radio Call Of The Lee Evans Dropped TD Is Terrifying.

In the NFC Championship game preview, I referenced teams being forced to play left-handed because defenses will try to takeaway what you do best. Thus, teams need other players to step up. While Billy Cundiff will take a lot of blame (and rightfully so), the inability of Lee Evans to […]

The rematch is set. Super Bowl XLVI will feature a rematch of Super Bowl XLII after the Giants knocked off the San Francisco 49ers in overtime, 20-17, during Sunday’s NFC Championship game. Giants kicker Lawrence Tynes booted a 31-yard field goal in overtime to send the victorious G-Men […]

Not sure we’ll be able to top the drama late in the AFC title game, but here we go…

Patriots radio play-by-play man Gil Santos was as stunned as the rest of America that Billy Cundiff couldn’t put the Ravens/Patriots game into overtime.

If this doesn’t make you want to walk your dog, I’m not sure you’re human. This is Gerry Sandusky’s radio call of the Billy Cundiff missed field goal during Sunday’s AFC Championship game. Sad face.