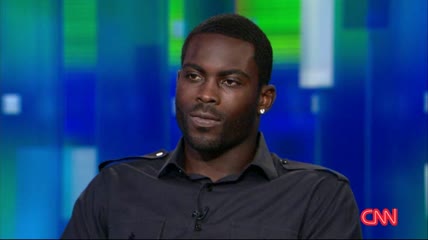 When the words “Dream Team” left the mouth of ex-Philadelphia Eagles quarterback Vince Young last summer, the label haunted the team until their colossal disappointment of a season concluded.

After falling to 1-3 in 2011, Michael Vick stated the “Dream Team” label was dead due to the team’s uninspired and mistake-prone play that led to their spectacularly disappointing 8-8 season.

It appeared Vick learned from Young’s mistake from last year. However, his confidence is getting the better of him these days.

Vick believes the Eagles could start a dynasty.

No. Not the dynasty mode one uses in the Madden video game franchise but an actual one…that wins games…and division titles…and conference titles…and Super Bowls.

Vick’s team-related confidence appears to be at an all-time high based off of a conversation with Comcast SportsNet Philadelphia’s Derrick Gunn:

“When I look at our football team and what we have on paper, I think about when I was growing up and the great San Francisco 49er teams, the great Green Bay Packer teams, and the great Dallas Cowboy teams, how they just positioned themselves to compete and be one of the best teams out there,” Vick said.

While The Today Show actually confused Vick with Young earlier this week during an interview, his dynasty comments shouldn’t be treated any differently than that of Mr. Longhorn’s from last year.

Any Eagle drawing parallels to the greatest teams in league history is significantly laughable.

If the Eagles are to become a living, breathing, Super Bowl-winning dynasty, two immediate things must happen:

Then, of course, there is that whole winning the NFC and winning multiple Super Bowls thing.

Do the Eagles have the tools to win the NFC? If everything falls into place, yes.

Green Bay’s return to Super Sunday hinges on their defense; New Orleans may not have their act together this year; and yes, the Niners have a few issues as well.

Yet, if we know anything about the Andy Reid regime, it’s that something always gets in the way.

Marshall Faulk, Tampa, Carolina, Deion Branch, Kurt Warner, etc. Someone else in the NFC normally figures out how to get to the Super Bowl instead of Reid’s Eagles.

Philadelphia has plenty of talent but none of it will matter if their quarterback doesn’t stay on the field or their highly-touted defense underperforms again.

Mr. Vick keeping quiet until he wins playoff games for the Eagles would definitely help too.