The latest in absurd dancing trends is brought to you by something called Gangnam Style. The origin of the dance comes from a hit song by the same name from a South Korean rapper named Psy. The music video has received over 500 million hits on You Tube. 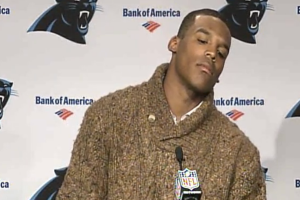 Following a disappointing 19-14 home loss to the Dallas Cowboys on Sunday, Cam Newton let his frustrations fly in a post-game press conference. Newton sulked throughout the presser and said that the last few games have been the “same script by the same director.”

I blame last week’s shabby picks on having wedding brain at about 2:45 last Sunday morning. However, I do owe a debt of gratitude to Peyton Manning. He saved me from an 0-3 week.