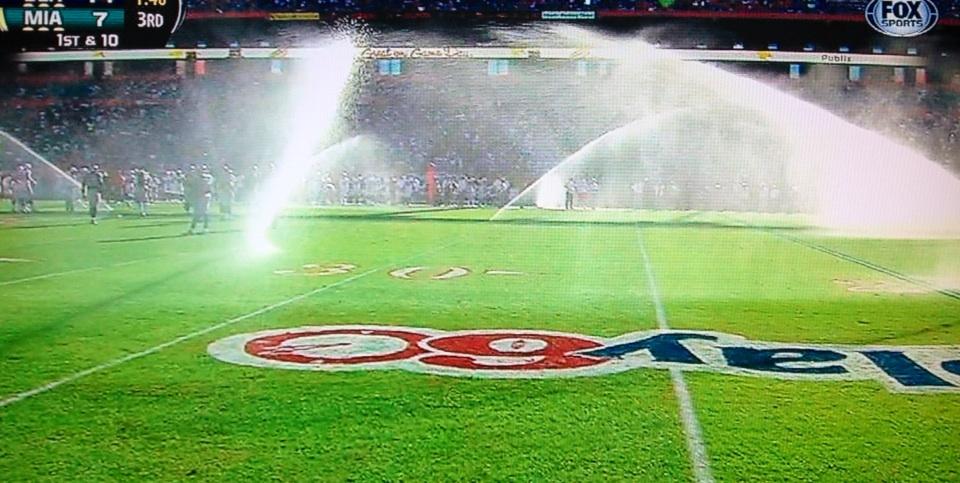 Dan Carpenter’s last-second field goal gave the Dolphins a 24-21 win over the Seattle Seahawks on Sunday but not without some controversy.

During the third quarter of Miami’s win at   Sun Life Stadium, the stadium’s sprinkler system went off.

After a momentary delay, the game resumed.

“I think they’re used to the rain,” said Seahawks quarterback Russell Wilson during a post-game interview.

Due to the loss, Wilson’s Seahawks failed to gain ground on Minnesota and Tampa Bay, whom both lost on Sunday. Along with Seattle, the Vikings and Bucs are competing for a wild-card spot in the NFC playoffs.

I’d like to think if a sprinkler guy was going to sabotage the game, he’d do during a far more meaningful and high profile game…like next Sunday at home versus New England.

Anyhow, the Seahawks received another dose of bad news after the game when it was revealed that starting cornerbacks Richard Sherman and Brandon Browner will reportedly each face four-game suspensions for violating the league’s performance-enhancing substances policy.