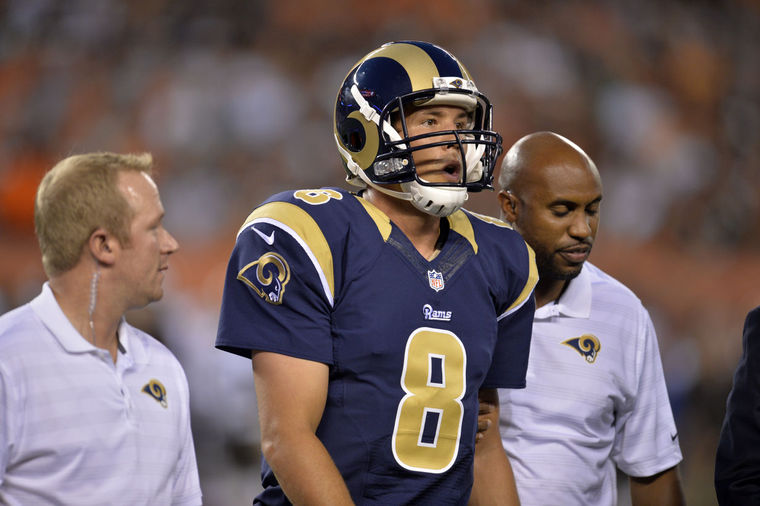 According to ESPN, St. Louis Rams quarterback Sam Bradford will miss the entire 2014 season after suffering a torn ACL in his left knee.

The injury occurred during the Rams/Browns preseason tilt on Saturday night. Last season, Bradford suffered the same injury to the same knee seven games into the year.

Flags will be at half mass in St. Louis for the foreseeable future. Hopefully, the Rams opt to grieve differently than signing Tim Tebow.

Former Lions quarterback Shaun Hill will likely step into the starter’s role as a result.

Bradford, whose contract expires after the 2015 season, has a cap hit of $17.6 million this season.

Have the Rams gotten a bang for their buck while Bradford was at the controls in St. Louis?

After dishing out over $50 million to Bradford since he entered the NFL in 2010, the Rams have not made the playoffs or enjoyed a winning record.