Bill Simmons enjoyed a busy Monday that saw him appear on The Mike Francesa Show on WFAN in New York.

The most famous alum in University of Northern Iowa history is the electrifying Kurt Warner. 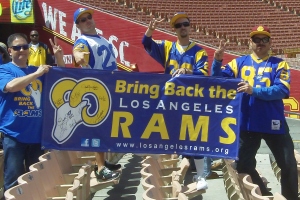 The Rams Are Heading Back To L.A.; Time To Relive “Ram It”

The Rams will begin anew (again) in Los Angeles immediately and begin play in a new Inglewood-based stadium in 2019. While the San Diego Chargers may or may not join them, the return to L.A. marks the first time the Rams will play in the “City of Angels” […]

The Minnesota Vikings topped the St. Louis Rams in a 21-18 overtime victory on Sunday but the victory came with a cost. Vikings quarterback Teddy Bridgewater was knocked out cold from an elbow by Rams safety LaMarcus Joyner during a second half scramble.

Following Seattle’s overtime loss to the St. Louis Rams on Sunday, Delisa Lynch – mother of star running back Marshawn Lynch – spoke out against Seahawks offensive coordinator Darrell Bevell. The game’s definitive play saw Lynch take a handoff on 4th and 1 only to come up short. […]

Following a 34-31 win by the St. Louis Rams, whatever entity runs the team’s Twitter account caught wind of a tweet from Seahawks quarterback Russell Wilson, who claimed Seattle would win today. 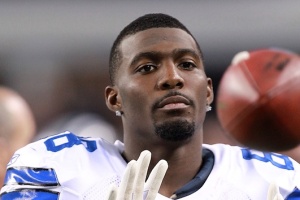 The Cowboys & Rams Get Loose In A Training Camp Fight

Training camp fights are all the rage at the moment. Houston vs. Washington. Dez Bryant. Geno Smith (sort of). Cam Newton.

Michael Sam Steps Away From Football

Former St. Louis Ram and Dallas Cowboy Michael Sam announced Friday on Twitter that he was “stepping away” from football. However, the Missouri Tiger cited his mental health as a primary reason for the decision to get out of football.