Uh Oh, America: The Dallas Cowboys Are Back

We’ve got a long way to go before the playoffs place but in the ensuing days after an impressive win in Seattle over the defending Super Bowl champions, the 5-1 Dallas Cowboys sit atop tied for the NFC East lead with the Philadelphia Eagles. Thus, Dallas sent a message […]

Forget Dez Bryant vs. Richard Sherman. The best matchup of the day was Bill Belichick vs. a microphone during his post-game press conference after New England’s 37-22 win over the Buffalo Bills.

Ladies and gentlemen, we have our first tie of the 2014 NFL season thanks to CincinnatiBengals kicker Mike Nugent missing a game-winning field goal in the final seconds of overtime against the Carolina Panthers on Sunday. Nugent missed wide-right on a 36-yard field goal attempt that would have […] 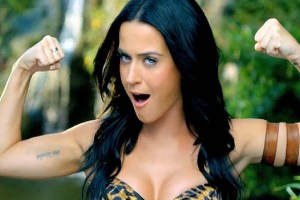 Just a week after her wild performance on ESPN’s College GameDay prior to the Ole Miss upset of Alabama, Katy Perry is making more football-related news. According to the New York Post, Perry will be the Super Bowl XLIX halftime show performer.

Kansas City Chiefs tight end Travis Kelce what most red-blooded Americans should do after scoring a touchdown…strut like Ric Flair. For the unaware, Flair is a legendary professional wrestler who styles and profiles with the best of them.

The Dallas Cowboys will end Week 5 with a share of first place in the NFC East and quarterback Tony Romo is a big reason why. The much-maligned signal-caller threw for 324 yards and a pair of scores en route to leading Dallas to a 20-17 overtime win […]