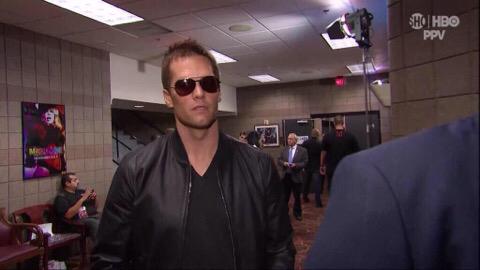 Let’s get this out of the way.

I have no interest in Deflategate. Ultimately, Deflategate is a creation of two teams (Colts, Ravens) that have historical axes to grind against the Patriots. However, New England on the surface appears to have done something wrong during January’s AFC title game romp over the Indianapolis Colts, according to the 243 page Wells Report.

Before you throw things at the computer after reading the last paragraph, let me explain. I get it. It appears on paper that Patriots employees tampered with the rules of the game by altering footballs and Tom Brady – the champagne of quarterbacks – “probably” knew about it.

Unfortunately for Patriots fans, New England’s reputation as walkers of the fine, thin line of the rules precedes them and certainly didn’t do them any favors in the court of public opinion.

With America turning on the Patriots for 8,102nd time and the national media painting Tom Brady as Hugh Millen 2.0, there is only one thing left to do…

Defending Brady to a slew of Jets, Bills, Dolphins, Ravens, Colts, or Broncos fans will be the greatest exercise in futility performed by Patriots fans during this calendar year.

Sure, any sane, rational human could clearly bring up that two weeks after the Patriots throttled the Colts in the AFC Championship in the famous Deflategate game, New England defeated the defending Super Bowl champion Seattle Seahawks in Super Bowl XLIX.

That’s not how it works though. People don’t want facts. They want HOT TAKES.

Most importantly, you’re still the champ.