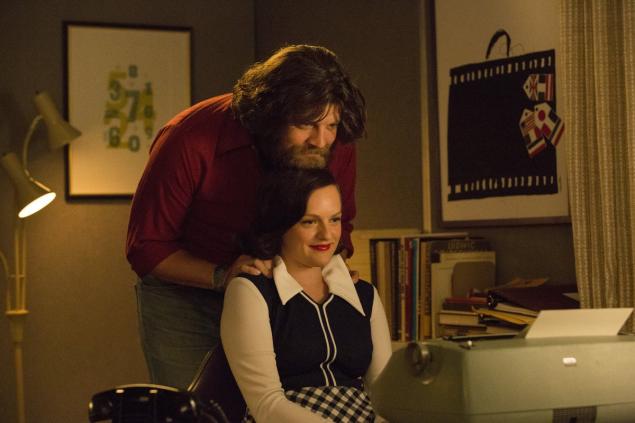 As a connoisseur of Mad Men, I’ve come to grips with last night’s series finale that saw Don Draper go to the bottom of the barrel before coming out the other side to produce one of the most famous advertisements ever – the 1971 “I’d Like To Buy The World A Coke” spot.

Yet, there is one item from last night’s show that has been a thorn in my side since the credits popped up the screen for the final time in the show’s 90-episode run.The coupling of Stan Rizzo and Peggy Olson doesn’t sit well with me. Over the course of seven seasons, Stan and Peggy have been side by side through a collection of projects and maintained a jovial work relationship.

For example, head back to Season 6 when Peggy was knee-deep in work with Cutler, Gleason, & Chaough. While she toiled away in the office, who was on the other line keeping her company and giving her updates on the latest happenings with her old employer? It was Captain Shaggy, himself, Stan Rizzo.

Yet, when Stan made his big declaration to Peggy late in last night’s show, her response seemed forced, a tad reluctant, confused, and totally unsure.

Her trepidation made plenty of sense. Just moments before Stan went all Dawson Leery on America, Peggy engaged in an intense phone conversation with Don Draper, who was in the middle of another emotional crisis.

Incredibly, moments after trying to talk Don off the ledge she acknowledged her feelings for Stan.

That’s where we have a problem.

From Day 1 on Mad Men, the undisputed conqueror of Peggy Olson’s universe is Don Draper. Maybe that’s why as Stan pushed Peggy to put Don on the backburner. Otherwise, he would have zero shot of landing her.

Despite their happy ending, one thing still rings true after last night’s show.

Hands down, Don is the most important man in Peggy’s life. While it never played out in a romantic fashion, it was the single most powerful on-screen combination on Mad Men. Nothing that Stan Rizzo could ever say to Peggy would (or did) ever captivate or frustrate her the way Don did.

When Don laid the infamous “that’s what the money is for” line on Peggy during the epic Season 4 episode “The Suitcase” it launched a tirade where he mentioned himself in the sentence as Jesus.

When Don fired money in Peggy’s face during Season 5 and she left for presumed greener pastures, it appeared their relationship wouldn’t recover.

Once again though, she forgave him.

No matter how badly he treated her, Peggy has always been Team Draper. Just as important, Don has returned the favor to her professionally and in the case of last night, personally.

He made three phone calls to the three most important women in his life – Sally, Betty, and Peggy.

If Mad Men drifted into Season 8 or beyond, it’s hard for me to imagine a universe where Stan came before Don in Peggy’s world. After all, much like Don, work normally came first for Peggy.

I don’t know that a Don/Peggy romantic relationship would have worked. She knows just about all of his tricks.

I just know that Stan wasn’t the long-term answer for this version of Peggy as long as Donald Draper roamed the earth.