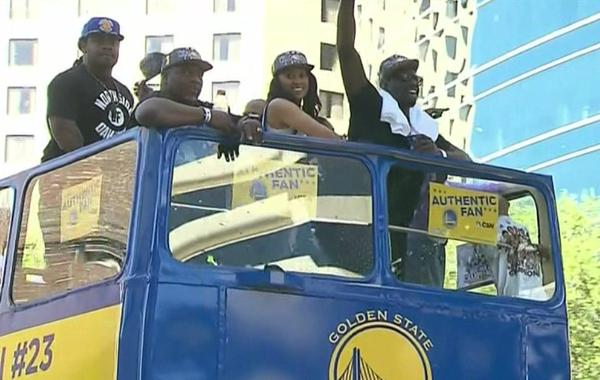 Lynch made a cameo appearance during the Golden State Warriors’ championship parade in Oakland on Friday. Beast Mode, a well-known member of Dub Nation, rode on a float with other Warriors during the parade.

He soaked up the moment on Friday and even chatted up the mother of Golden State Warriors star Draymond Green.

Previously, Lynch made news early on during the Finals after being spotted talking to LeBron James loyalist Rihanna during Game 1 in California.