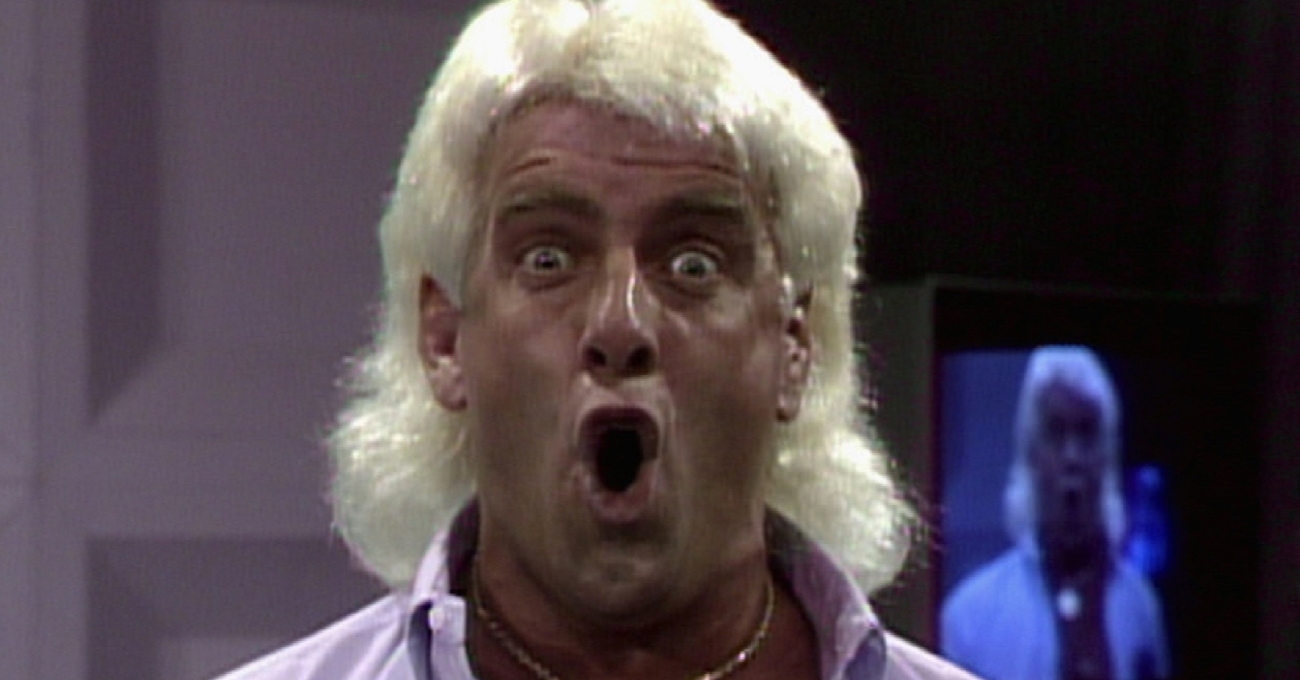 Nature Boy Ric Flair is one of the greatest living Americans as a 16-time world champion of the NWA, WCW, and WWE.

During Flair’s visit, he paid homage to Julio Jones by speaking about his greatness and managed to get a dig in on Washington Redskins cornerback Josh Norman.

Flair, who wore a sports coat and WWE shirt, said no one can stay with Jones, including Norman, who played against Jones twice a season as a Carolina Panther.

The best part of this is that ESPN has a vested interest in seeing Flair get exposure. The Nature Boy has an upcoming 30 for 30 documentary dedicated to him.

The WWE Hall of Famer is no stranger to the NFL scene. Previously, Flair has shown his NFL support for the Carolina Panthers and then, the San Francisco 49ers during 2013 playoffs. Despite receiving death threats for supporting the 49ers two years ago, Flair steadfastly presses on.

Last spring, Flair caught up with Tom Brady in support of his friend, University of Michigan head coach Jim Harbaugh.