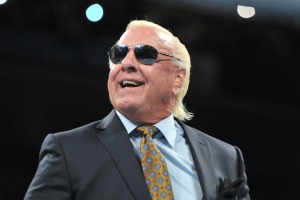 The past week has been quite eventful for legendary wrestler Nature Boy Ric Flair.

New England Patriots quarterback Tom Brady caused a buzz on Tuesday when he showed up to a press conference after getting a different kind of buzz. Brady’s new haircut caused a bit of a dust-up on the Internet. Is it a big deal? Absolutely not.

Nature Boy Ric Flair is one of the greatest living Americans as a 16-time world champion of the NWA, WCW, and WWE. He is also a huge sports fan. ESPN captured Flair visiting Atlanta Falcons training camp in Flowery Branch, Georgia (currently, he resides in Atlanta) on Tuesday.

A WWE record 101,673 fans piled into AT&T Stadium in Dallas/Arlington for WrestleMania 32 on Sunday night Incredibly, the main show lasted NINE MINUTES SHORT OF FIVE HOURS!!!!!!!!! Thus, there is a lot to comb over and examine. 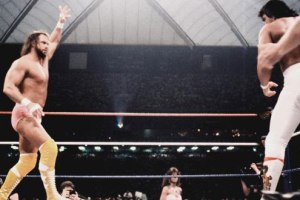 It’s WrestleMania week, which is the equivalent of Super Bowl week for wrestling fans around the world. To get into the spirit of the season, it’s time to honor WrestleMania 32 by giving you JMRA’s top 32 WrestleMania matches of all-time. If you haven’t watched some of these […]

Anytime something noteworthy happens involving the Flairs, I’m going to report it because quite frankly, they are essential to everyday living.

Wrestling fans worldwide will never forget the summer of 2015. It all started when the iconic “American Dream” Dusty Rhodes passed away in June. Then last week, the WWE abruptly cut ties with Hulk Hogan, one of the most influential and important wrestlers ever, after a transcript revealed […]

Dad Bod: Someone Tell Jim Harbaugh To Put A Shirt On Please

Former 49ers head coach and current University of Michigan head coach Jim Harbaugh lost his mind on Friday while at a football camp in Alabama. While participating in an Alabama football camp (how is this legal by NCAA standards???), Harbaugh took his shirt off to play around with […]