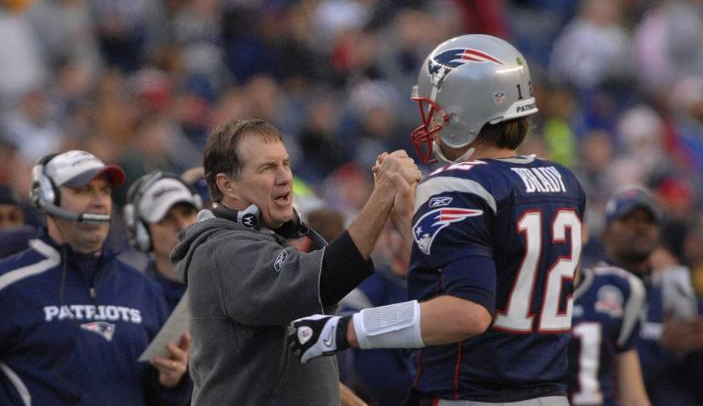 Brady, who once had a Make America Great Again hat in his locker, allegedly called Trump and informed him he cast his vote for The Donald.

Interestingly enough, Brady told the Kirk & Callahan program on WEEI radio in Boston during a Monday morning interview, that he had not voted yet.

Brady told @KirkAndCallahan this AM he hadn't voted yet. Trump said he got a call today from Brady saying he voted for him. ¯_(ツ)_/¯

Meanwhile, the crown jewel of this scenario turned out to be Trump’s announcement that Bill Belichick wrote him two different letters (!!!) as a record of endorsement.

Look, I don’t doubt Brady’s endorsement. In fact, no one would ever believe that he voted for Hillary Clinton due to his history with Trump.

However, the Belichick letter writing thing sounds totally illogical. So let me get this straight. William Stephen Belichick wrote this guy two different letters days before he has to play the Seattle Seahawks? The same Seahawks his Patriots defeated in Super Bowl XLIX less than two years ago?

I find that extremely hard to believe. Plus, why wouldn’t Belichick just call the guy. This isn’t a job where you need three references.

So, am I calling a man that is running for President of the United States a liar?