If there is one team that drills professionalism into the heads of its players to borderline “Stepford Wives” levels, it’s the New York Yankees. 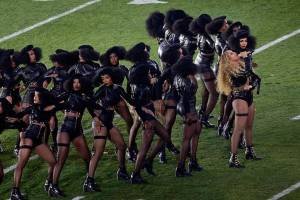 Soon after everyone got done being outraged by Coldplay’s performance during the Super Bowl 50 halftime show, their angst turned to Beyoncé’s cameo performance that featured a possible ode to the Black Panther Party. 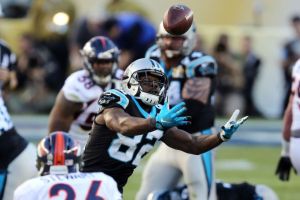 The NFL Used A Denver-Based Replay Assistant During Super Bowl

Remember during the 2014 playoffs when the Dallas Cowboys got that extremely dubious non-pass interference call against the Detroit Lions in a wild-card game, and a video was discovered with Dean Blandino, the NFL VP of Officiating, on Jerry Jones’ party bus?

Whenever a team loses the Super Bowl, fans from the losing team take it very hard. After Sunday’s loss, one Panthers fan went H.A.M. on his big screen TV moments after Cam Newton fumbled away the game.

If you ever get the random desire to go back and watch Super Bowl 50, just check out this Tecmo Super Bowl version instead.

I’m not going to lie. I’m really down about Sunday night’s game. No, not because Peyton Manning won a second Super Bowl without having to exert much energy. 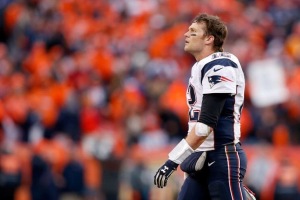 The highlight of Super Bowl 50 was either Aqib Talib taking a fall on the NFL Network or the introduction of the previous Super Bowl MVPs during a special pre-game ceremony.

Instead of writing some sappy prose about how Peyton Manning makes grass grow in lawns throughout America by just looking at it, I’m going to take a slightly different tact. The Denver Broncos Defense* won Super Bowl 50 on Sunday night by topping the Carolina Panthers 24-10.

Congratulations to Von Miller and the Denver Broncos defense on carrying the remains of Zombie Peyton Manning to a Super Bowl win over the Carolina Panthers on Sunday night.