The Falcons trailed Carolina 28-27 with :59 seconds left and the ball at their 1-yard line. Have no fear, Matt Ryan is here.

https://twitter.com/#!/pick_six22/status/195293904629792768 When cornerbacks Dominique Rodgers-Cromartie and Nnamdi Asomugha landed in Philly last off-season it appeared to be only a matter of time before Asante Samuel was an ex-Eagle due to his salary. Samuel, who was scheduled to make $9.9 million with Philly in 2012, was dealt on Wednesday to the […] 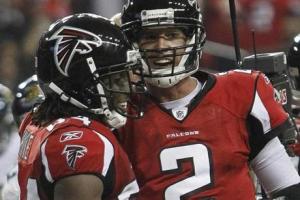 Falcons Say No To Hard Knocks; Who Should Say Yes?

The Atlanta Falcons turned down an offer to appear on HBO’s Hard Knocks series, that will chronicle a team’s run through training camp and into the preseason. Thomas Dimitroff, the team’s general manager, told the Atlanta Journal-Constitution that the team wanted to focus on winning; and in turn, improve the squad’s […] 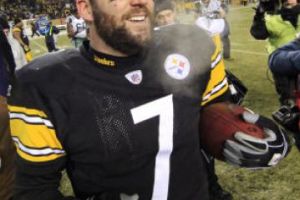 To those whose teams I pick against, it’s nothing personal just business. I don’t hate your teams. At worst, I’m probably not fond of your quarterback. Without furtherado, here are your blog mandated picks for Wild Card weekend. By the way, I have no interest in laying points […] 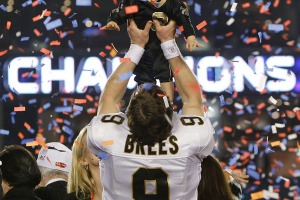 New Orleans Saints quarterback Drew Brees broke Dan Marino’s 27-year-old record for most passing yards in a season after connecting with Darren Sproles on a 9-yard scoring strike. Brees finished the 45-16 rout of Atlanta on Monday night with 307 yards passing, which places him at 5,087 yards; […]

From Ndamukong Suh, To Matt Ryan With Utter Disdain

The man nearly ripping off Matt Ryan’s head in this picture is Detroit Lions defensive tackle Ndamukong Suh. The monstrous Suh didn’t win many friends on the Falcons sideline during Atlanta’s 23-16 win on Sunday after Ryan suffered an ankle injury during the second half. According to the […]

One week after “The Handshake”, the Falcons and Lions got together to discuss different ways to make apple pies; what a prospective Jim Schwartz/Mike Smith fight would look like; the best ways to diversify a stock portfolio; and which city has more attractive ladies. Enjoy the game!