Here is a new rule I’d like to incorporate for sports teams. If you relocate and your jersey pops, you must be forced to keep its main integrity. Unfortunately, that isn’t exactly the case in Tennessee. 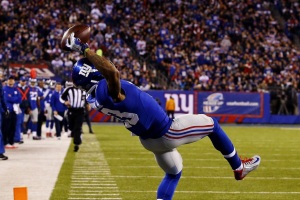 Nearly one year removed from the iconic Buttfumble by Mark Sanchez, another Jets quarterback provided a sequel on Sunday. Jets rookie quarterback Geno Smith coughed it up in Tennessee during the fourth quarter, with an assist to his rear-end.

As the New York Jets circled the drain on their 2012 season in a 14-10 loss, ESPN’s Mike Tirico provided an accurate assessment on the team’s play following Mark Sanchez’s game-ending (and season-ending) fumble.

Tennessee Titans wide receiver Kenny Britt has an increasingly long rap sheet that includes high-speed car chases and DUI charges. His latest transgression took place on Wednesday when Britt took to Instagram to express his displeasure over a near $10,000 fine for missing a meeting with a club trainer.

https://twitter.com/#!/ChrisJohnson28/status/143557441097957376 After a slow start following a prolonged holdout, Titans running back Chris Johnson has Tennessee in the hunt for an AFC playoff berth. CJ2K failed to hit 100 yards rushing in seven of Tennessee’s first eight games but once again, he is the bee’s knees. 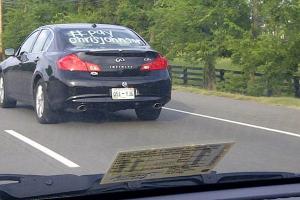 Great unrest is the order of the day for Tennessee Titans fans these days. Tennessee’s star running back retweeted a picture from a disgruntled fan who decided to leave this message on their car regarding the Chris Johnson holdout.

Cortland Finnegan Is Missing In Action

According to Jim Wyatt of The Tennessean, Titans star cornerback Cortland Finnegan skipped a team meeting on Saturday and is believed to be unhappy about his current contract situation.