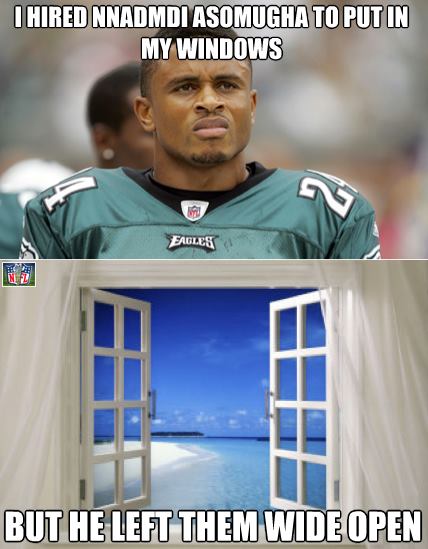 There is a relatively good chance that your team stinks when memes begin to roll out about them.

Asomugha has been a massive bust for the Eagles and once again, he conspired to help turn the defense into silly putty.

Unfortunately, there isn’t audio of Aldrick Robinson’s 49-yard TD catch during which he was open by a mile.

RG3 and the Redskins crushed Philly on Sunday, 31-6.