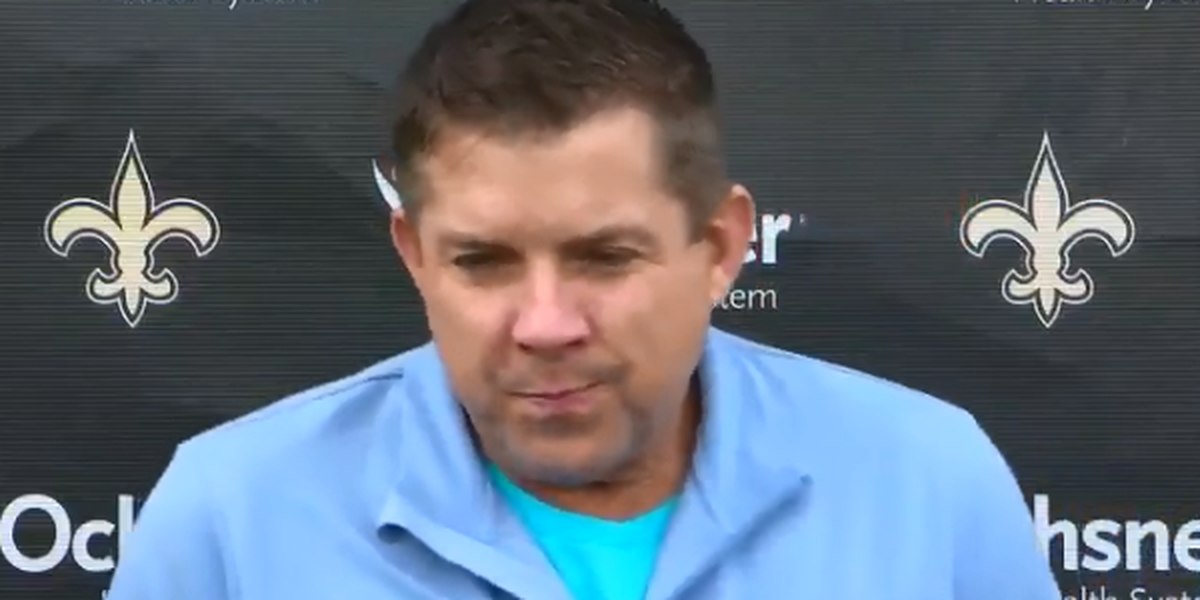 New Orleans Saints head coach Sean Payton is obviously still in his feelings over the controversial NFC Championship game loss to the Los Angeles Rams nearly two weeks ago. Today, he had an opportunity to address reporters in New Orleans shortly before NFL commissioner Roger Goodell did the same in Atlanta.

While Payton was clearly over his team missing out on a chance to reach the Super Bowl, he did bring a sense of humor. Payton was wearing an odd looking t-shirt underneath a sweater during his presser. However, that wasn’t just any t-shirt.

Payton was apparently sporting the Roger Goodell clown nose t-shirt that was popularized during the Deflategate saga that started in January 2015.

The shirt, created by the folks at Barstool Sports, was a hot seller and appeared to find its way to the Big Easy just in time before Payton addressed the media.

While there hasn’t been official confirmation detailing Payton’s choice of attire, the evidence appears to be pretty solid. Who can blame him? Who knows when the Saints will have a better opportunity to get back to the Super Bowl.