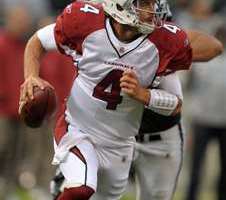 Arizona Cardinals quarterback Kevin Kolb told 94 WIP-FM radio in Philadelphia on Tuesday he actively shouted out what plays the Eagles planned to run pre-snap last Sunday during their 21-17 triumph in Philly. Kolb, an Eagle from 2007-10, obviously has an intimate knowledge of Philadelphia’s playbook and offered […] 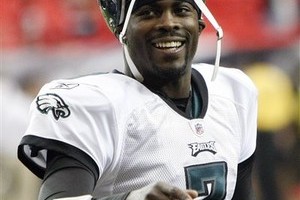 Time does not heal all wounds in some cases. Forbes published its NFL Most Disliked Players list on Monday with Eagles quarterback Michael Vick at the top of the charts. While Vick’s persona with the Philadelphia Eagles has remained relatively free of controversy, people are still having a […] 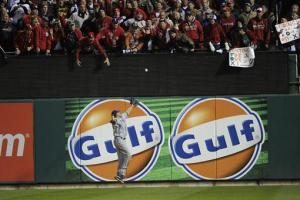 http://twitter.com/#!/TheBillWalton/status/130796610371325953 These are sad times for Dallas sports fans. Last Thursday night, the Rangers were a strike away from winning the World Series (twice). Less than 24 hours later, they were sobbing tears of regret as the Cardinals became baseball’s best. Now, Dallas turns its lonely eyes to […]

Those cats out in Taiwan are at it again. Prior to Philadelphia’s 20-13 win over Washington on Sunday, they decided to produce another one of their news videos. This one features Jeffrey Lurie as Daniel Snyder and an Atlanta Falcons bus running over an Eagles player. 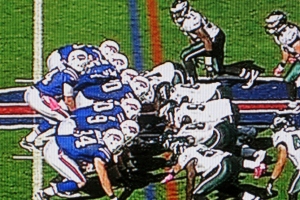 Philadelphia Eagles Football, version 2011, may be over before it even got into full swing. The Eagles dropped to 1-4 after losing 31-24 to the Buffalo Bills on Sunday. As the Eagles tend to do these days, they lost in grand, mind-numbing fashion. After falling behind 28-7, the […] 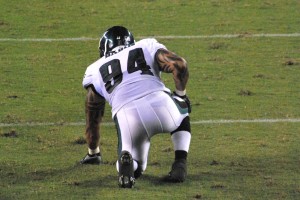 Jason Babin Believes There Is A Puppet Among Us

Jason Babin is one of the few Philadelphia Eagles enjoying a great season despite the team’s lackluster 1-3 start. Babin’s seven sacks leads the NFL on a defensive unit that repeatedly has failed to live up to expectations through the first four weeks.

As Frank Gore and the 49ers ran out the clock at Lincoln Financial Field during their stunning 24-23 win over the Eagles, my friend looked over at me as we stared on from the stands and said, “you were just part of one of the worst losses in […] 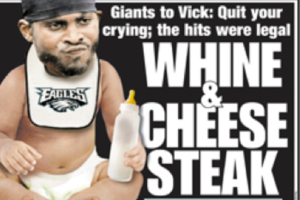 Today’s New York Post back cover features a baby version of Michael Vick, complete with baby bottle and bib. Vick’s postgame comments on Sunday are still causing discussion around the country, even though the Eagles quarterback backtracked on Monday.

After Sunday’s Giants-Eagles affair, Michael Vick of “not broken now but severely bruised right hand” fame, openly complained about officials not giving him the same respect as they would “elite” quarterbacks. Vick was salty over the penalty-free beating he took from the Giants including one hit that led […]