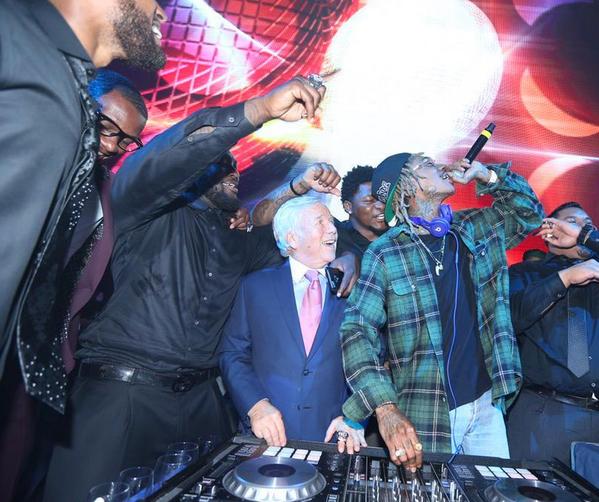 New England Patriots owner Robert Kraft made the rounds at his Super Bowl ring party on Sunday night including a visit with rapper Wiz Khalifa.

Former Ram and Cowboy Michael Sam was placed on the suspended list by the CFL’s Montreal Alouettes.

Zach Galifianakis and Jon Hamm sang We Are The World for some reason at Bonnaroo.

The New York Times banned their employees from using their homepage on desktop computers.

John Stamos got banged for DUI over the weekend.

Stephen Curry set the Oracle Arena ablaze with one of the great shooting displays in NBA Finals history in Golden State’s Game 5 win.

The WWE put together a tremendous Dusty Rhodes video tribute during Sunday’s Money In The Bank show.

A New Jersey couple (and a pair of huge Taylor Swift fans) got married outside of Lincoln Financial Field in Philly prior to Friday night’s Taylor Swift concert.