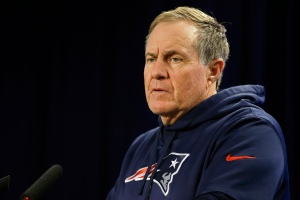 America’s non-stop march towards the 2016 Presidential election made a stop in Florida as Republican hopeful Donald Trump did some campaigning. 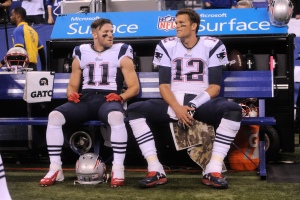 Paging Mr. Lombardi will be a look at the 12 teams that will vie for the Vince Lombardi Trophy.

When New England Patriots head coach Bill Belichick took the podium on Tuesday, he brought a surprise with him.

I’m not big on Star Wars (begin throwing tomatoes at your computers immediately) but I am big on things that rip off Star Wars. 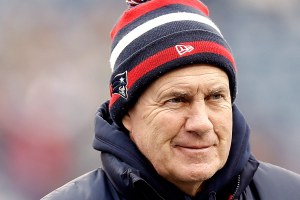 Bill Belichick Is Ready For The Winter Classic

Bill Belichick is a man of all seasons. Yesterday, in preparation for the NHL’s Winter Classic on New Year’s Day, Belichick took to the newly formed ice at Gillette Stadium.

Bill Belichick is taking heat over the past 24 hours for his decision to kick instead of taking the football and putting it in the hands of Captain America during New England’s 26-20 overtime loss to the New York Jets on Sunday. One theory floated out on Twitter […]

Bill Belichick Leads One Of The Most Uncomfortable Postgame Pressers Ever

After Tom Brady hit Brandon Bolden on a 63-yard touchdown pass in the fourth quarter, it seemed New England was headed towards an 11th straight win to start the season. Instead, a turnover, questionable officiating, and an injury to Rob Gronkowski led to New England’s demise in Denver. 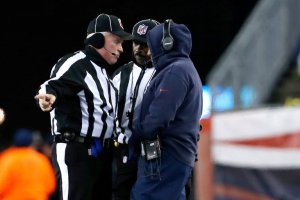 Gene Steratore and his officiating crew had a rough night at the office on Monday when the Buffalo Bills met the New England Patriots.