Despite trailing by four points with under three minutes and bumbling their way through a pair of late-game possessions, Tom Brady pulled another one out of the fire for the New England Patriots during a dramatic 30-27 victory over the New Orleans Saints on Sunday. 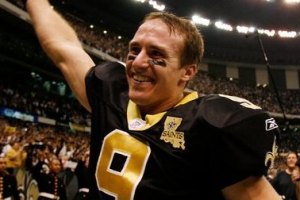 The Drew Brees 54-Game TD Pass Streak Is Over

It has been a rough 24 hours for the New Orleans Saints. First, the team’s bus was egged on the tarmac of the Atlanta airport last night upon the Saints arriving into town. 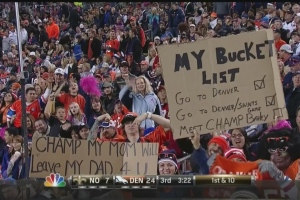 Peyton Manning’s Denver Broncos showed New Orleans who was boss last night on Sunday Night Football in a 34-14 drubbing. During Denver’s smackdown of the Saints, an NBC camera panned the crowd and stumbled upon on a curious sign. 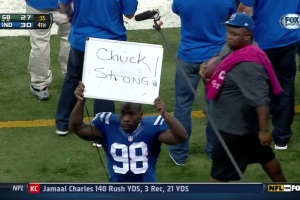 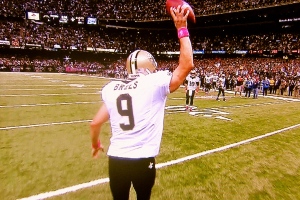 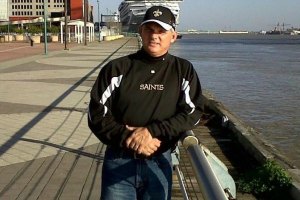 The shield announced on Sunday morning that it removed side judge Brian Stropolo from today’s New Orleans/Carolina game due to a conflict of interest. Mr. Stropolo is a die-hard Saints fan and posted pics of himself in Saints gear on his Facebook page. (face palm) 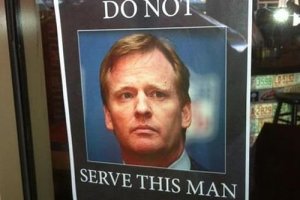 Suspended New Orleans Saints linebacker Jonathan Vilma sure knows how to carry a grudge. Along with Jon Beason and D.J. Williams, Vilma co-owns Brother Jimmy BBQ in Miami. According to the USA Today, the establishment posted a sign throughout the restaurant imploring employees not to serve NFL boss Roger […] 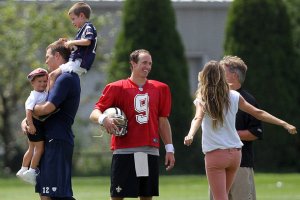 This picture of Drew Brees, Tom Brady, and Gisele looks like one of those default pictures wedged into a frame at a crafts shop. Oh, six NFL preseason games took place on Thursday… 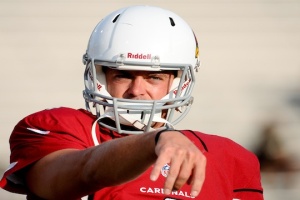 Kevin Kolb Is Made Of Glass

Kevin Kolb had a forgettable start to the Arizona Cardinals quarterback competition on Sunday night, culminating with a bruised chest muscle injury suffered against the Saints during the Hall of Fame game.