If The Playoffs Started Today: Ties R Us Edition

The 49ers and Rams participated in the first tie game since 2008 when Donovan McNabb made not knowing about ties famous. Don’t worry Donovan. You’re not alone.

Report: Michael Vick To Get A “Rest” For The Rest Of The Season

Jason Cole of Yahoo filed a report on Monday stating that Andy Reid is considering giving quarterback Michael Vick a rest…for the remainder of the season. Cole cited a pair of sources that stated there was a strong chance that Reid would in fact choose that route. Scooped on […]

Kobe Bryant Says What We Already Knew About The Eagles

Kobe on Eagles "We Suck. I dont even want to watch football" — Beto Duran (@DuranSports) November 12, 2012 When you need a quote about the fortunes of the Philadelphia Eagles, who better to go than that bastion of football integrity, Kobe Bryant. 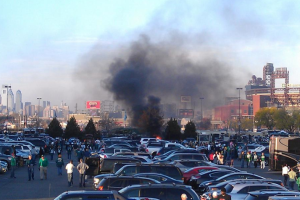 It’s over. It’s all over. The Philadelphia Eagles occupy last place in the NFC East with the Washington Redskins after another dreadful effort; this time versus the arch-rival Dallas Cowboys in 38-23 loss. 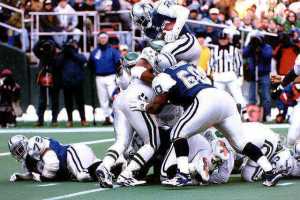 The 2012 season is going to effectively end on Sunday for either the Eagles or Cowboys when they clash in Philadelphia at 4:25. Whoever falls on Sunday will be 3-6 and can kiss their ’12 season goodbye. Also, this will likely mean the losing head coach will be […]

Throwback Thursday: That Time When Joe Montana Was A Chief

The San Francisco 49ers opted to hand over the reins to Steve Young following the 1992 season and in turn, traded the franchise’s best quarterback – Joe Montana. San Fran dealt Montana in ’93 to the Kansas City Chiefs, a team that had a growing reputation for being […] 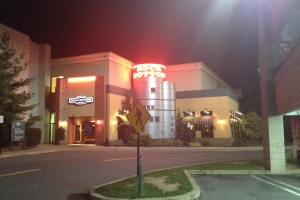 In an effort to follow the Eagles on their Manifest destiny of self-purported greatness, I’ll hit the road to enjoy the Delaware Valley on NFL Sundays. We’re back over the bridge again… 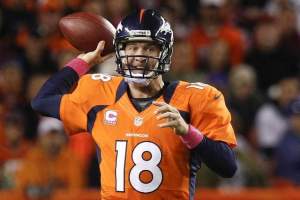 It’s time to sift through what we’ve learned about the first half of the 2012 NFL season. Alas, I’ve called on 20 NFL personalities to pose questions to me in an effort to help dissect what we’ve seen so far and in turn, offer a look at what […] 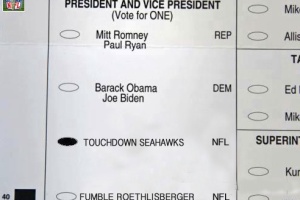 Obama Wins Election But Replacement Refs Have Other Thoughts